Lynne qualified from the College of Integrated Chinese medicine in 2000. She is a member of the British Acupuncture Council. Lynne was inspired to practice acupuncture by her father, a pioneer of acupuncture in the UK and acupuncturist for 45 years. She has worked alongside him and gained valuable working experience. She endeavours to maintain the same high standards and ensure that his work and method of traditional acupuncture continues.

The picture to the right shows a photograph of Lynne’s father, Tony Evans, taken in the mid-1960s. He began his medical training in the NHS becoming a State Registered Nurse before being called up for National Service in 1954. It was during his time in the RAF, serving as a medic in Malaya, that he first encountered Chinese communists, who were treating injured soldiers with acupuncture. Fascinated by what he saw, his thirst for oriental medicine began. On his return to England he enrolled at the British College of Acupuncture in London. This coincided with the Berkeley Acupuncture Clinics, which were beginning to flourish in Britain. Tony experienced an incredible career, with several study trips to China, time spent at the Leamington Spa College, two doctorates and an exceptionally busy clinic in Bristol treating up-to 60 people a day (including many sporting celebrities such as Lennox Lewis and Jane Couch – and even a member of the Royal Family!) Tony Evans also played a role in helping set up the Penny Brohn cancer care centre in 1979. Such was his passion for acupuncture, he continued working until the age of 74. Lynne found it a great privilege and pleasure to work alongside him.  Also to the right is Tony Evans working in the Berkeley Acupuncture clinic in Bristol during the mid sixties.

Lynne incorporates the traditional methods of Acupuncture used by her father with new developments in the field. She follows a compulsory continuing professional development programme to update her practice skills. In her 20 years of practice, Lynne has attended courses on a wide range of health issues, including mental and physical complaints – many of which stem from our constitutional body type. Lynne has studied Chinese nutrition and has carried out further education into fertility and IVF support with The Zita West Fertility Clinic (of which she was a founding member).

Lynne’s style of practice is a combination of traditional Chinese medicine and five element acupuncture. Treatment is aimed at the root cause of the condition. This approach helps with resolving the main health complaint and other niggling problems, as well as enhancing your overall wellbeing. 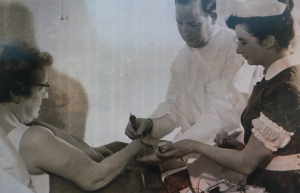 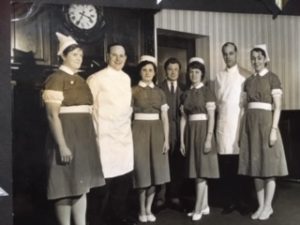